An astronaut aboard the International Space Station (ISS) just stepped up the gardening game, and it’s big news. 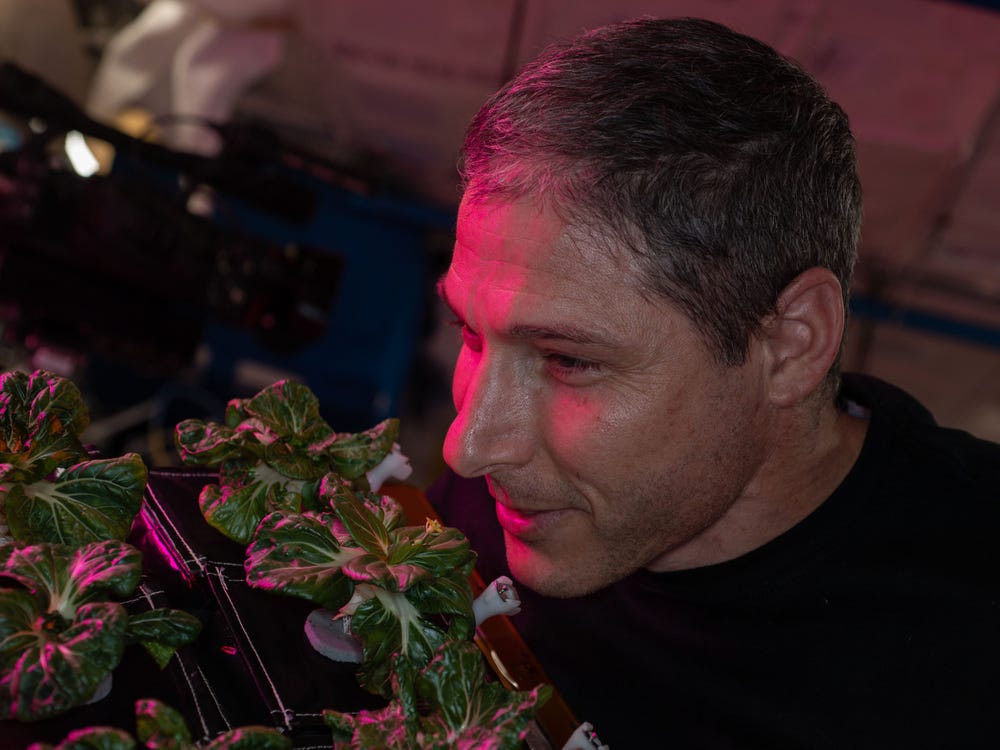 In mid-April, Michael Hopkins, NASA’s SpaceX Crew-1 mission commander and Expedition 64 crew member, wrapped up the longest plant growth experiment to date on the ISS. With the help of two NASA scientists, Hopkins grew ‘Amara’ mustard and ‘Extra Dwarf’ pak choi for 64 days in the space garden known as “Veggie.”

Growing the short-season pak choi that long allowed it to produce flowers and bloom. Under normal conditions, the pak choi self-pollinates and produces seeds. To complete the reproductive cycle, Hopkins delicately hand-pollinated the flowers using a paintbrush. 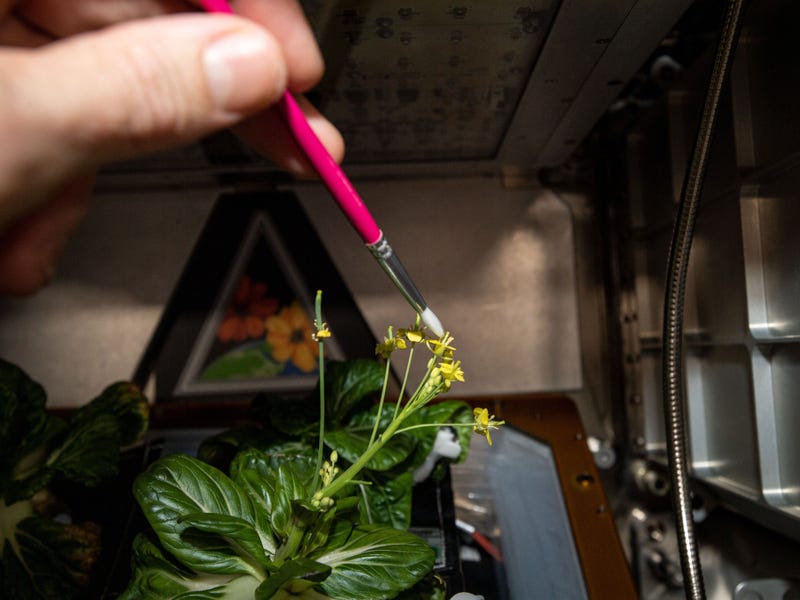 In doing so, pollination was successful, and the plants had a higher seed production rate. This may be key in solving a dietary challenge facing space missions.

While it may seem like a small feat, these experiments are a startling solution for future missions beyond low-Earth orbit.

Crews on the International Space Station (ISS) receive regular shipments, or resupply missions, to keep them fully stocked. These resupply missions contain a wide variety of prepackaged and freeze-dried meals and a limited supply of fresh produce.

However, when astronauts venture further into space on longer missions, they aren’t resupplied. Their diets consist entirely of the foods packed on board at launch. Which means they may go months or years without fresh produce.

This might not sound critical, but over time, the vitamins found in the prepackaged meals degrade. This degradation, coupled with a lack of fresh produce, causes a nutritional deficiency in the astronauts’ diets. Packing multivitamins will not keep crews healthy as they explore deep space.

Successfully growing plants in space allows the crew to supplement their diets with fresh produce. This is highly important in keeping crew members healthy, especially as NASA looks to future, longer missions.

Like many other seemingly simple tasks, growing plants in space is considerably different than here on Earth. This is why the Vegetable Production System, a space garden on the ISS known as “Veggie,” exists. Its purpose is to help NASA study plant growth in space, where gravity is lower, and sunlight doesn’t follow the same schedule. The fresh food also adds to the astronauts’ diets. 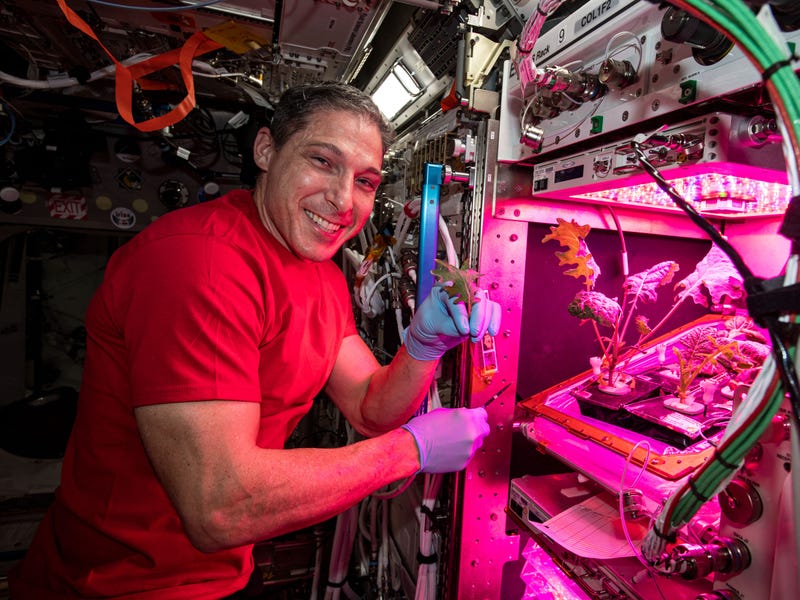 The Veggie is about the size of a piece of carry-on luggage and can grow six plants at once. Each plant grows in a pillow of sorts, designed to distribute water, oxygen, and nutrients around the roots. A bank of LED lights above the plants directs plant growth in the absence of gravity and drives photosynthesis.

The Importance of Pollination in Space

All of the plant growth experiments conducted until now were shorter and involved easy-to-grow leafy greens. Mainly plants with short life cycles known as “cut and come again.” They are great options for fresh produce on missions but limiting.

Understanding pollination in microgravity environments opens the door for agricultural production.  Astronauts can grow plants with longer growing seasons, as well as fruits. Crew members also have the ability to produce seeds.

As NASA anticipates a future Mars mission, this ability to grow various fresh crops in space and produce seeds is greatly beneficial. Crews can add fruits and veggies to their diets, supplementing the nutritional gaps occurring as vitamins in prepackaged meals deteriorate over time. Being able to produce seeds allows them to germinate plants without getting seeds from Earth.

Future experiments will build upon Hopkins’ pollination achievements. Kennedy plans to send pepper seeds to the ISS later this year and dwarf tomato seeds (VEG-05) in 2022.

All images by NASA.

Most comfortable with soil under my fingernails, my enthusiasm is sparked by gardening, agriculture, and all things plant-related. With a master's degree in agriculture and more than a decade of experience gardening and tending to my yard, I combine my plant knowledge and a knack for writing to share what I know and love.